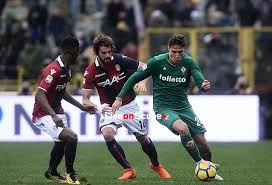 Goals are almost guaranteed at both ends, with Bologna’s last 11 Serie A (SA) matches producing over 2.5 total goals (six of them over 3.5) and with both teams contributing to the scoresheet on all 11 occasions. With the opening goal of the game recorded in the first half hour in four of Bologna’s eight home games.

In addition, both teams have scored in all but two of Fiorentina’s last nine league fixtures, with ‘La Viola’ conceding the opening goal of the game in each of those nine (W1, D2, L6).

As a result of recording just two first-half goals since the beginning of October, Fiorentina have failed to record a half-time lead on a single occasion in 11 matches played since.