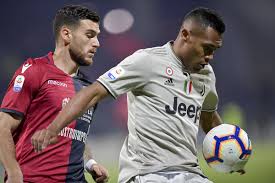 Each of Juventus’ last five Serie A (SA) games (W3, D1, L1) has witnessed over 2.5 goals, the last four of which saw a clear majority of the goals arrive in the first half (10/15). Subsequently each of those four games produced over 1.5 first-half goals.

At least one goal has been scored in the last ten minutes (including injury-time) of the visitors last seven competitive games.

Goals have also been the theme in their away league games, with six of eight seeing both teams score (W3, D4, L1).

Cagliari have conceded six goals in their last three away SA outings (D2, L1), with four of them arriving in first or last ten minutes.

A league-high twelve of Juve’s 17 SA games have been level at the break.

Cagliari have won here just once in SA this century (D5, L8), scoring over 1.5 goals on only three occasions.